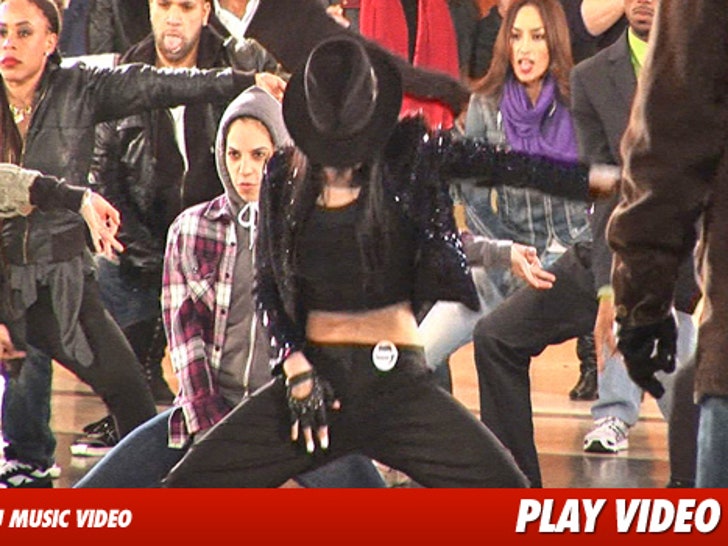 The ghost of Michael Jackson upstaged the "Rock of Ages" show in Hollywood last night. 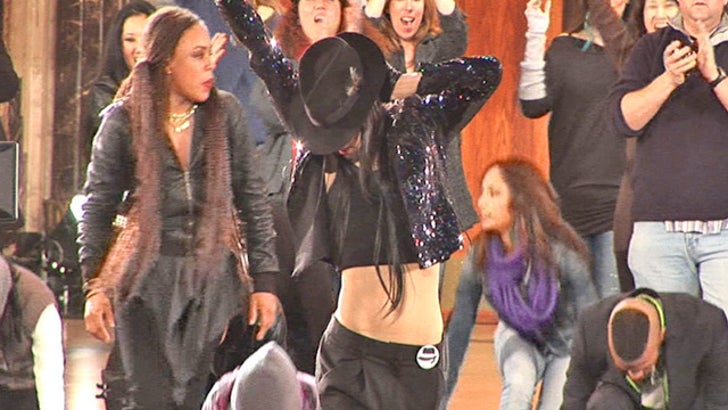 Sources tell TMZ Sony is currently shooting two Michael Jackson videos in Hollywood -- the one above is a music video for "Hollywood Tonight."

It wasn't exactly being shot on the down-low ... a crew of 60 lined the sidewalk and the street in front of the Pantages Theatre.