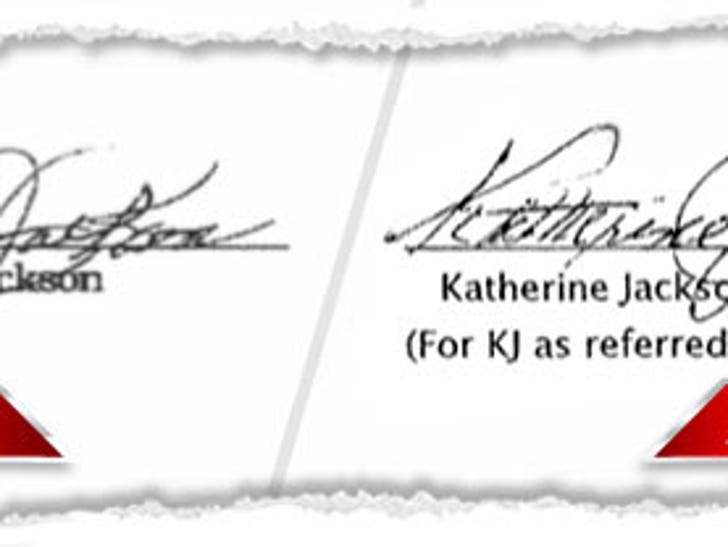 Katherine Jackson is furious about a

-- purportedly signed by her -- in which she attacks the Executors of the Michael Jackson Estate. TMZ has learned ... Katherine insists she never signed that declaration. 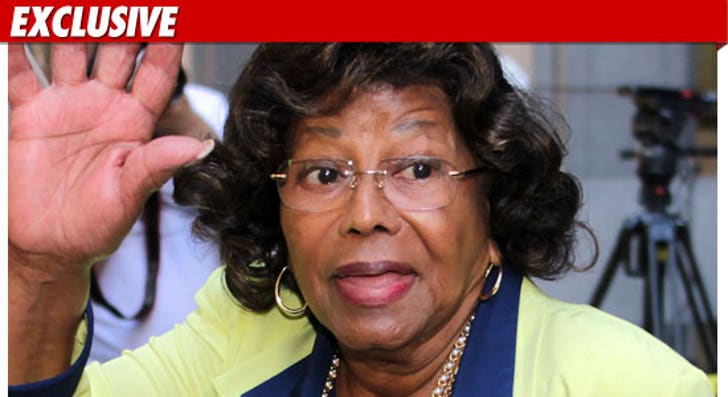 TMZ reported this morning ... a declaration filed in the Estate's lawsuit against the Heal the World Foundation makes shocking allegations against John Branca, calling him a thief.

But Katherine's lawyer, Adam Streisand, tells TMZ, "Mrs. Jackson categorically denies signing any statement to the court that makes accusations against the executors of any wrongdoing with respect to her son or his estate."

Streisand adds, "She did not and would not make any such statements about the executors." And Streisand says, Katherine told him, "These are not my words."

Check out the signature on the declaration in question, dated April 6, 2011, and compare it to Katherine's signature from a legal doc on February 3, 2010.

As for the Heal the World Foundation lawyer -- Edgar Pease -- who filed the declaration in question, he tells TMZ someone from the Foundation faxed Katherine's manager the final copy of the document and it was then sent on to Pease with the signature in question.

Pease says if the signature is a fraud, "Heads will roll."

UPDATE: Pease just called us back to say Trent Jackson -- Joe Jackson's nephew and Katherine's caregiver -- told him he personally saw Katherine sign the declaration. But sources connected with the Estate say the declaration is suspicious, because the last page ONLY contains the signature, without any accompanying text. In other words, someone could have inserted the signature into a declaration Katherine never saw or approved. 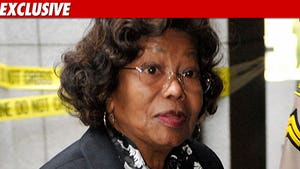 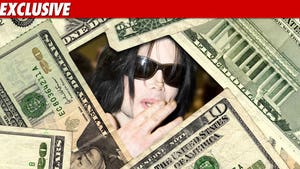