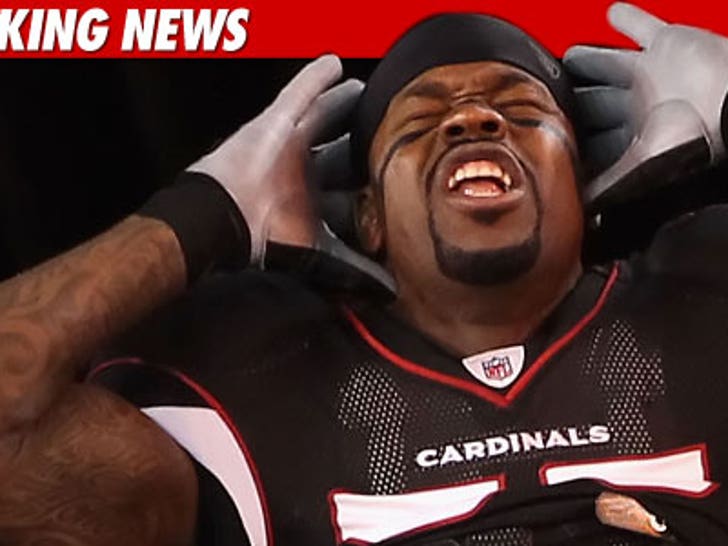 Four dogs belonging to Arizona Cardinals linebacker Joey Porter reportedly killed a dog belonging to one of his neighbor's ... this according to a local report. 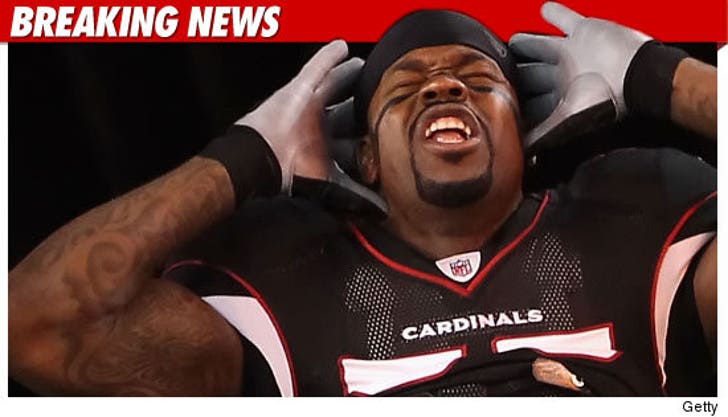 The incident went down on July 2, says the Bakersfield Californian, and a local animal control spokesperson told the paper Porter was cited for not having the dogs on a leash.

The spokesperson said the dogs appeared to be half mastiff, half pit bull -- and that Porter appeared upset about what happened and apologized to the neighbor.

In 2006, Porter's dogs (though unclear if it's the same ones) reportedly got loose from his home in Pennsylvania and killed a miniature horse on a nearby farm.