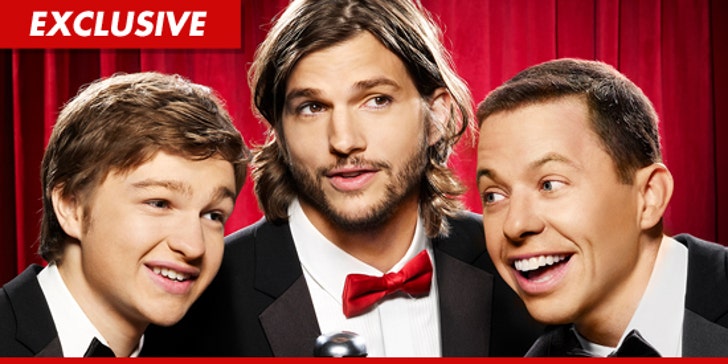 The season premiere of "Two and a Half Men" will leave NO DOUBT -- Charlie Sheen's character is dead and gone ... for good.

TMZ has spoken with sources on set for last night's taping of the premiere. Now, we don't want to be douche bags and give it all away -- so we'll just say that in one brilliantly written scene, the producers make sure there's absolutely no way for 'Charlie Harper' to return to the show in the future.

Although ... he definitely leaves his mark on the episode.

As for Ashton Kutcher's debut -- we're told he and Jon Cryer had good chemistry ... and he went out of his way to interact with the audience. At one point Ashton even snuck into the crowd and surprised a woman with a back rub.

At least one audience member said Ashton seemed dry and didn't quite own the character. Can't please 'em all. 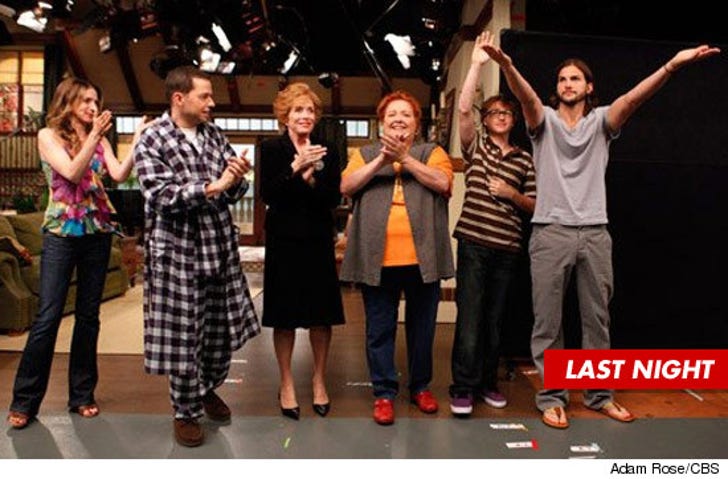 Oh, and our spies didn't spot Demi Moore or Chuck Lorre -- but it's a good bet Chuck was there to finally say sayonara to Charlie Sheen Charlie Harper. 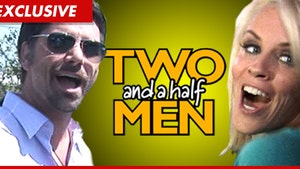 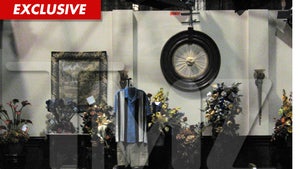 'Two and a Half Men' -- The Secret 'Charlie Harper' Funeral PHOTOS!