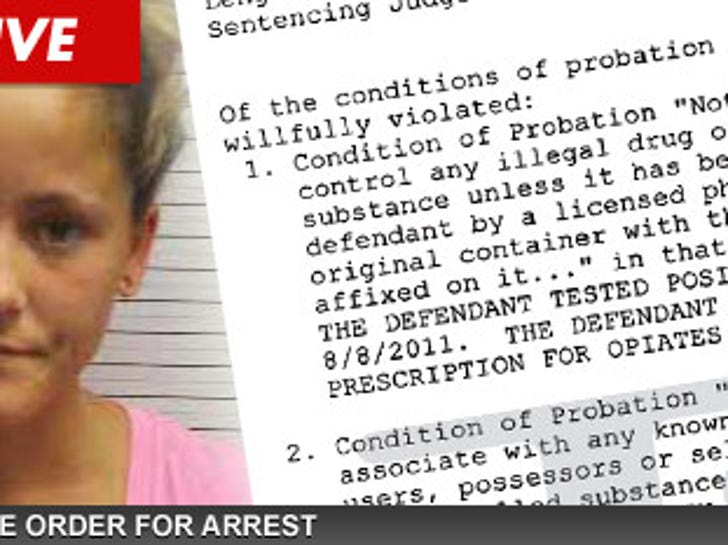 "Teen Mom" Jenelle Evans wasn't just arrested for alleged drug use yesterday -- she was also busted for getting too personal with her boyfriend Kieffer Delp ... "a known drug user."

As we previously reported, Jenelle allegedly violated her probation by testing positive for marijuana and opiates -- but the terms of her probation also prohibit her from "knowingly associating with any person or previously convicted users, possessors, or sellers of any illegal drugs."

And according to the North Carolina probation violation report, Jenelle's BF Kieffer Delp -- a "known drug user" -- fits that bill to a T.

It's no secret the two have been hanging out either -- as we previously reported, Kieffer was arrested in June for punching two people in front of a convenience store ... and Jenelle was right beside him.

According to the report, Jenelle is expected in court for a probation violation hearing on August 24 -- and funny enough ... Kieffer's due in court exactly a week later to face assault charges. 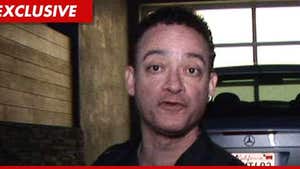 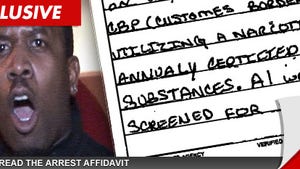 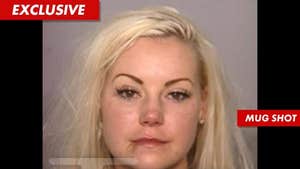