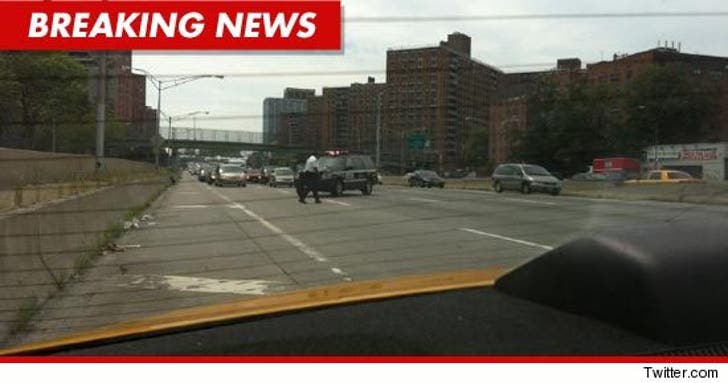 Sports Illustrated Swimsuit Issue model Chrissy Teigen was involved in a car accident this afternoon while riding in a cab on a freeway in New York City ... and she tweeted the entire ordeal.

Teigen -- whose boyfriend is a musician who goes by the name of John Legend -- apologized to anyone caught up in the traffic aftermath (which, based on the photo above, was quite significant).

Teigen seemed to be physically alright -- but she was quite angry at the driver of the car that hit her, posting a little mini-rant (see below) before eventually hailing another cab from the freeway.

Teigen fun fact -- she has a blog called sodelushious.com where she writes about things like bacon, deep dish pizza, and cooking short ribs. So essentially, she's perfect.