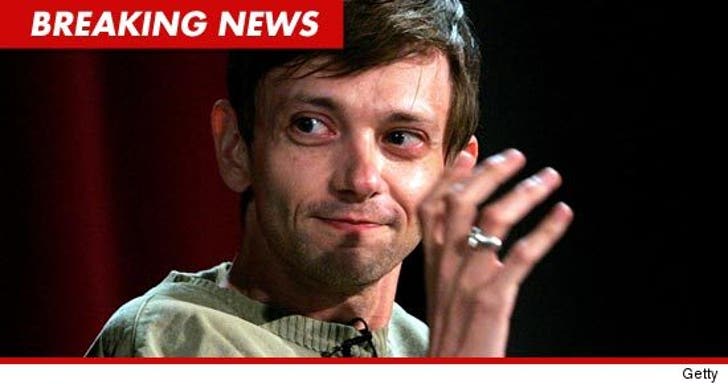 DJ Qualls posted dozens of messages to his Twitter page early this morning, detailing what he says was an unwarranted beat down he took from a Vancouver police officer.

Qualls -- best known for his roles in "Road Trip" and "Memphis Beat" -- says he witness a fight in the street and tried to ID one of the attackers to a police officer, but that officer immediately turned on him and threatened to arrest him. He claims the officer tackled him to the ground, busted his face, handcuffed him and "Taunted me for 1/2hr b4 the ambulance came. I was held, no calls, no attorney. AND I had to pay an $800 ER bill. Free healthcare, Canada?" 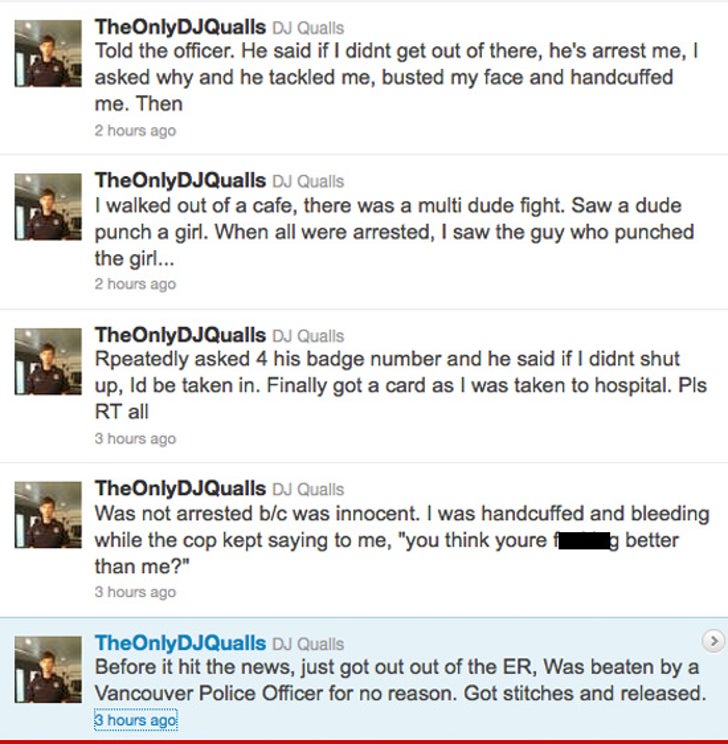 Qualls, who ID'd the officer by name, said he plans on taking the matter up with internal affairs and wants to be reimbursed for his hospital bills.

Calls to Vancouver PD were not returned.

A rep for the Vancouver PD tells TMZ they are "not aware of the incident" or "who Mr Qualls is." The rep went on to say they encourage anyone who feels like they have a complaint against the department to file a report, but would not comment any further.