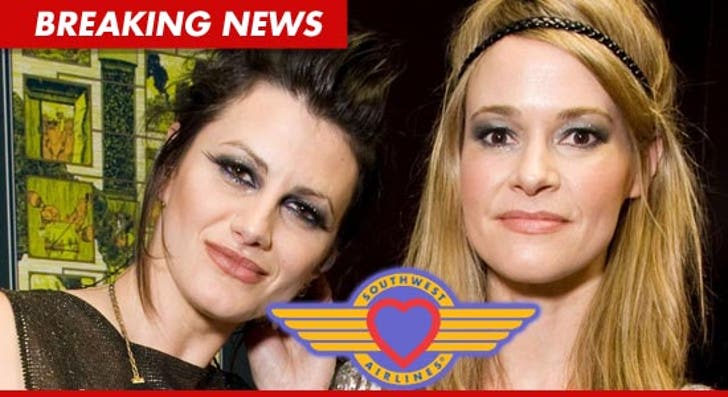 "L-Word" actress Leisha Hailey is firing back at Southwest Airlines -- claiming she and another woman only shared "one modest kiss" on an SWA plane ... before they were wrongly kicked off.

SWA had released a statement yesterday, claiming the flight attendant only booted the girls after passengers complained about "excessive" PDA. But Hailey claims it's all BS.

Hailey and the other female kisser -- who also play in a band together -- released a joint statement saying, "In no way were our actions on Southwest Airlines excessive, inappropriate or vulgar."

They add, "We want to make it clear we were not making out or creating any kind of spectacle of ourselves, it was one, modest kiss."

However, the two admit, "We take full responsibility for getting verbally upset with the flight attendant after being told it was a 'family airline.'”

The statement continues ... "We find it very disturbing that the same airline who lauds itself as being LGBT friendly has twisted an upsetting incident that happened into our behavior being 'too excessive.'"

Both women insist they will be filing a formal complaint with the airline. 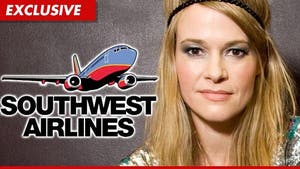