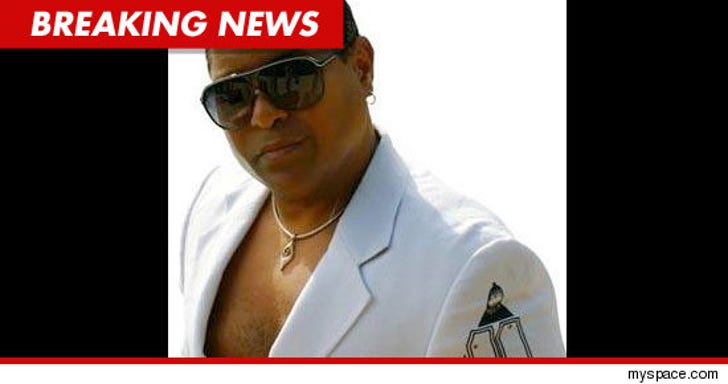 Latin dance artist Stevie B was handcuffed and taken off the stage during his concert last night by police in Springfield, MA for owing $420,000 in unpaid child support.

According to a local report, police say Hill was cooperative throughout the arrest and expressed concern he might miss a concert in Providence, RI.

Stevie B, real name Steven Bernard Hill, was big in the 1980s and 1990s. He is probably best known for his song "Because I Love You (The Postman Song)," which reached number one on the Billboard Hot 100 Chart in December 1990.