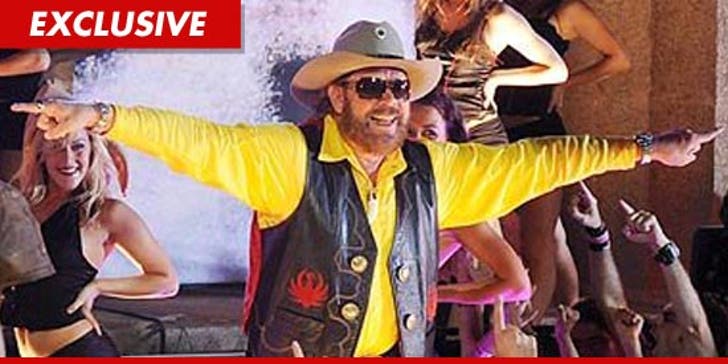 Hank Williams Jr. has just released a statement regarding his controversial statements on Fox News Channel this morning -- claiming he was simply "misunderstood" when he compared Barack Obama to Adolf Hitler.

Williams Jr. says, "Some of us have strong opinions and are often misunderstood. My analogy was extreme – but it was to make a point. I was simply trying to explain how stupid it seemed to me - how ludicrous that pairing was."

He continues, "They’re polar opposites and it made no sense. They don’t see eye-to-eye and never will. I have always respected the office of the President.”

Williams Jr. adds, "Every time the media brings up the tea party it’s painted as racist and extremists – but there’s never a backlash – no outrage to those comparisons… Working class people are hurting – and it doesn’t seem like anybody cares. When both sides are high-fiving it on the ninth hole when everybody else is without a job – it makes a whole lot of us angry. Something has to change. The policies have to change.”