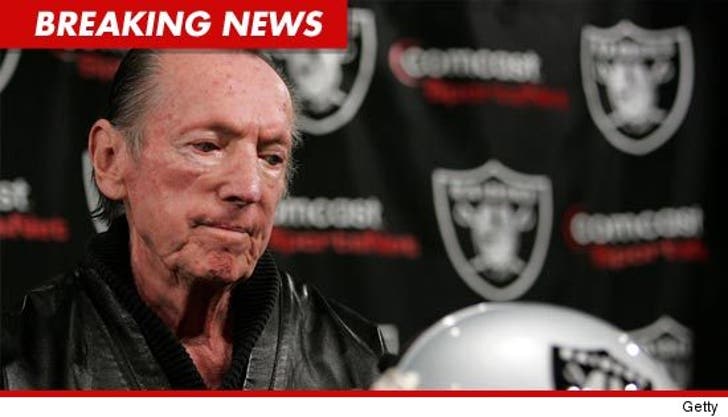 Al Davis, the legendary owner of the Oakland Raiders, died today at the age of 82.

The team announced his death on their website, with no further details. They did released a statement saying, "Al Davis was unique, a maverick, a giant among giants, a true legend among legends, the brightest star among stars, a hero, a mentor, a friend."

NFL commissioner Roger Goodell said Davis "defined the Raiders and contributed to pro football at every level. The respect he commanded was evident in the way that people listened carefully every time he spoke. He is a true legend of the game whose impact and legacy will forever be part of the NFL."

Davis has been involved with the NFL for 60 years, starting off as an assistant coach with the San Diego Chargers. He was inducted into the NFL Hall of Fame in 1992.

Davis was famous for coining the phrases "commitment to excellence" and "Just win, baby."

Just a month ago, we asked broadcaster Al Michaels if the Raiders would ever win with Al Davis running things. His answer was very clear.