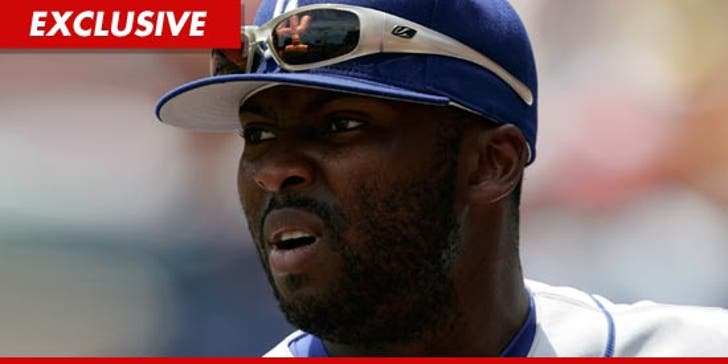 Former Los Angeles Dodgers outfielder Milton Bradley is a violent ticking time bomb ... who told his wife he was going to shoot her to death last month ... this according to court docs obtained by TMZ.

Monique Bradley has filed a request for a restraining order against the baseball player -- after a heated argument at their L.A. home on September 27 in which he allegedly picked up a photo of a gun and told her, "This is the gun that I'm going to kill you with."

Monique claims Bradley also threatened her with a baseball bat during the incident. ... and cussed her out ... calling her a "dumb b**ch" and saying she was "fat, ugly and lazy."

As TMZ previously reported, Milton was arrested for the incident and charged with assault with a deadly weapon.

In the docs, filed in L.A. County Superior Court, Monique claims Bradley has been "emotionally and physically abusive" throughout their marriage ... but she would often take him back because "I genuinely believed that one day I could fix him."

Now, Monique says the September incident was the last straw ... claiming, "I am very fearful that he will ... try to harm or even kill me."

Monique claims Milton also threatened to kill her during an argument back in January ... when she took their two young sons to live in a hotel after another screaming match.

According to the docs, Milton tracked down Monique and told her, "This is not a game. Bring back my children or I'll f**king kill you." Monique says he even made a throat-slashing gesture with his hand.

Monique says she had a temporary restraining order against Bradley -- but she NEEDS more permanent protection. A hearing on the matter is scheduled for Oct. 25.

Calls to Milton's reps have not been returned. 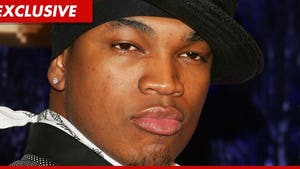