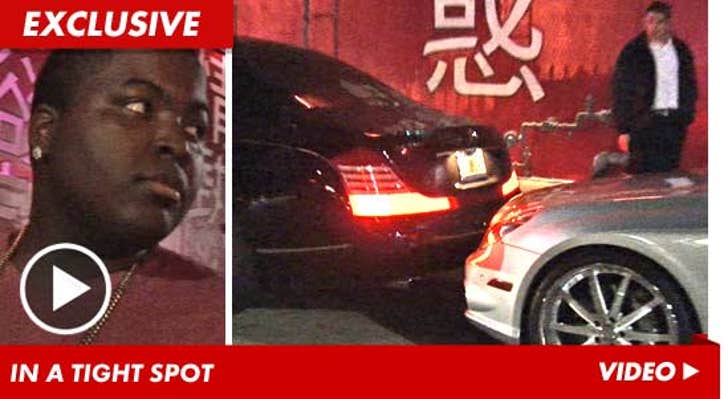 Sean Kingston got behind the wheel of his $400,000 Maybach this weekend ... and MIGHT have backed it into another super-expensive car ... and the whole thing was caught on tape.

Kingston's ride was sandwiched dangerously close between two cars in front of the Geisha House restaurant in Hollywood Sunday night ... but Sean grabbed the keys and tried to pull out anyway.

It SOUNDS like he bumped the Mercedes Benz that was parked behind him ... but Kingston didn't stick around to find out. He left without checking for damage or leaving a note ... but it's not 100% clear that he actually made contact with the other vehicle.

TMZ has learned cops were NOT called about the incident.

We called Sean's people for comment -- but they weren't talking.