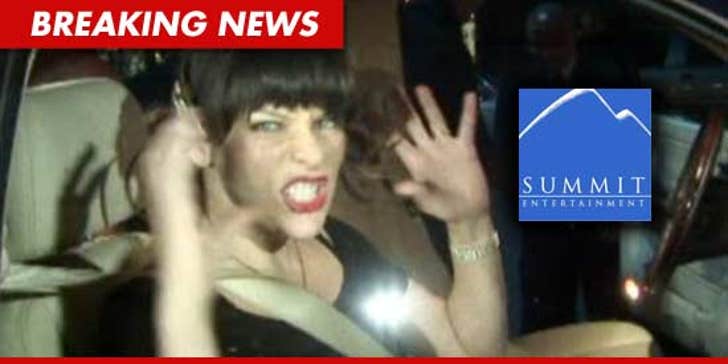 Milla Jovovich claims there is a diabolical plot to torpedo her new movie, "The Three Musketeers" ... and she's pointing the finger at the company that produced the flick.

Jovovich is calling "SHAME" on Summit Entertainment ... accusing the production company of intentionally "sweeping [Musketeers] under the rug" ... and failing to properly promote it.

Milla went to Twitter this morning to unleash her fury ... saying, "'3 musketeers' opens in the US 2night! Do you think ppl know abt the movie?"

She explains, "I think 'summit' hve swept '3 Musketeers', a grt family adventure film, under the rug in the US. Shame on them. SHAME ON YOU 'SUMMIT.'"

Milla then suggests Summit made so much money off the "Twilight" flicks, they've lost their fire to properly promote anything else .... writing, "Are 'summit' promoting it as a family adventure movie? Or are they resting on their laurels from 'twilight' n making no effort? Let me know!”

We called Summit for comment -- so far, no response.