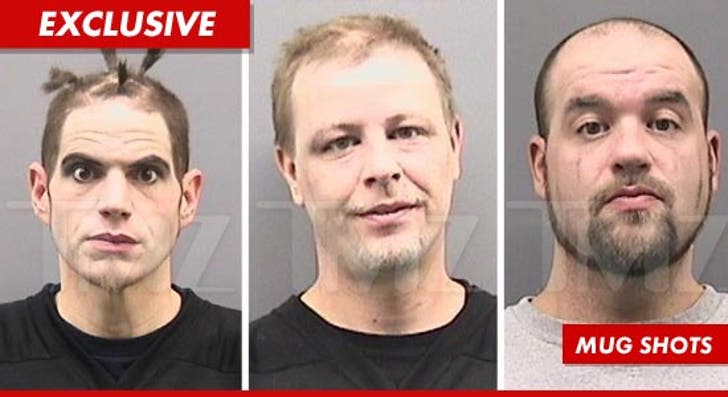 Three rappers currently on tour with the Insane Clown Posse were arrested in Tampa, FL yesterday and each charged with felony possession of marijuana ... TMZ has learned.

From left to right ... Jamie Spaniolo and Paul Methric (better known as the rap duo Twiztid) and Chris Rouleau (who raps under the name Blaze) were also charged with possession of drug paraphernalia, a misdemeanor.

All three posed for mug shots ... sans their infamous make-up.

They were each released this morning on $2,500 bond.

The tour is scheduled to hit Richmond, VA on Monday and New York City on Tuesday.

According to the police report, officers busted the rappers aboard their tour bus after an officer smelled marijuana from the outside. During their search of the bus, cops found marijuana in a sandwich bag as well as loose marijuana "being prepared for 'rolling.'" Cops found 110.6 grams of marijuana in total. 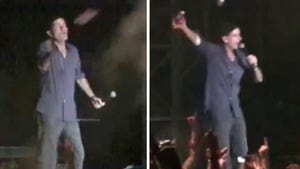 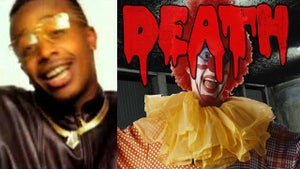