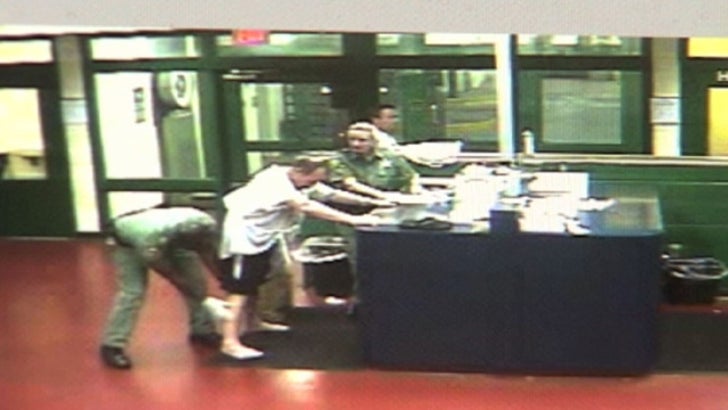 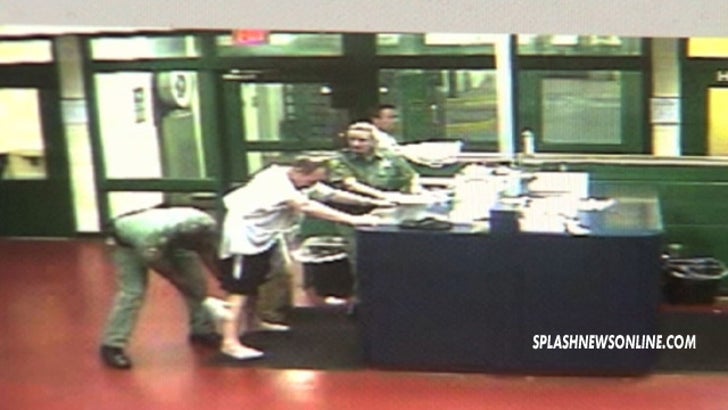 Moments after allegedly trying to escape from a Tampa hospital last night, Michael Lohan was dragged to a nearby police station, where he got one of the most hilarious pat-downs ever ... in his hospital gown.

As we previously reported, MiLo was arrested on suspicion of domestic violence -- after an alleged sexually-charged standoff with his on-again-off-again GF Kate Major -- but after cops cuffed him, he complained of chest pains.

Police brought him to a hospital to get checked out -- but after he was treated, cops believe Michael tried to slip out of the hospital unnoticed ... at which point an officer grabbed him and brought him to the station to be booked.

Needless to say, Michael didn't have time to change.

An emotional Kate appeared in court today in Sarasota County, where a judge extended a temporary restraining order against Michael until November 15th.

Michael is still in custody. 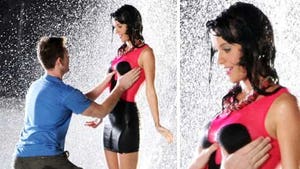 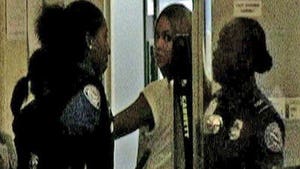 Beyonce: I Am ... Sasha Frisked

Sharon Stone Gets Frisked Up