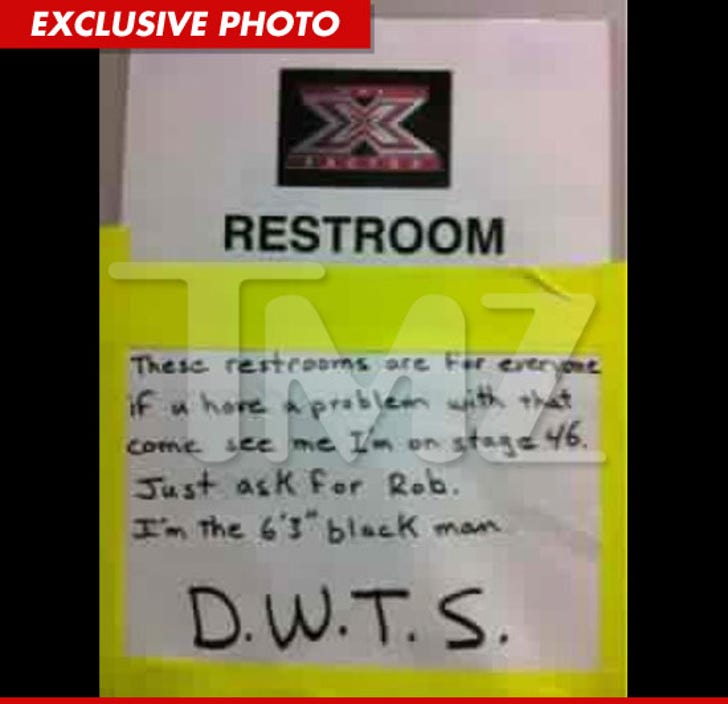 A battle over the crapper is underway at the studio where "X Factor" and "Dancing with the Stars" are taped ... rife with allegations of toilet squatting ... and TMZ has obtained a photo of the sign that set the whole thing off.

Both shows tape at the legendary CBS Studios in Hollywood -- and recently, one of the common restrooms contained a sign with the "X Factor" logo.

Someone named Rob who works at "Dancing with the Stars" felt the "X Factor" people were claiming the bathroom as their own ... so he left an angry note right on the door which reads, "These restrooms are for everyone. If you have a problem with that, come see me. I’m on stage 46. Just ask for Rob. I’m the 6’ 3” black man.”

An “X Factor” spokeswoman told the NY Post the show wants to extend an olive branch to the note writer ... saying, "Please tell Rob he’s welcome to use our restrooms anytime!” 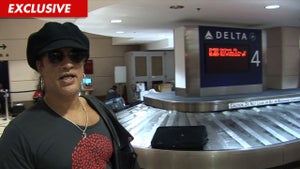 Slash -- I Survived Crappiest Flight Ever 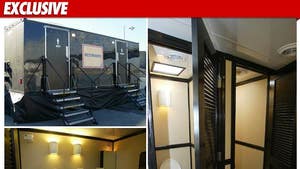