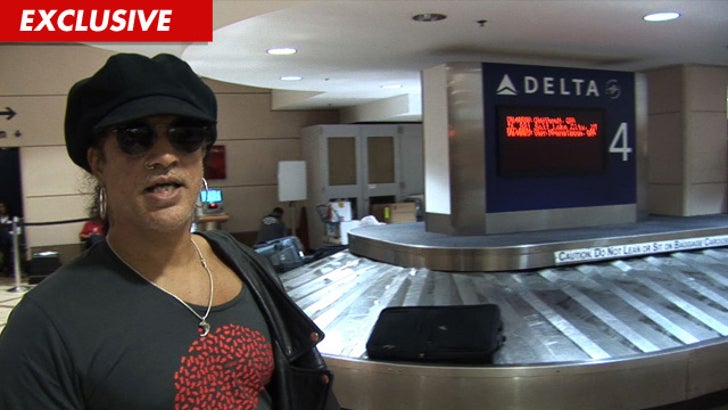 It was Code: Brown on Slash's flight from Minnesota to Los Angeles last night ... when the plane had to make an unscheduled pit stop in Utah because one of the TOILETS got backed up while in the air!!

Slash had been traveling all the way from Serbia -- and after stopping in Minneapolis, the rocker ended up on a Delta flight ... when one of the toilets broke -- and the damn thing wouldn't flush.

One person on the plane tells TMZ ... "It stunk ... there was a flight attendant standing by the door asking people not to go #2." We're told the flight crew also stopped serving drinks after the announcement about the bathroom ... to decrease the amount of in-flight pee-ers.

The plane stopped in Salt Lake City -- and we're told the toilet problem was fixed.

When Slash finally arrived in L.A., he was in relatively good spirits about the whole thing -- and tweeted, "Left Serbia 8am, just arrived in LA, 10:30pm. Delays, broken toilets, u name it. Gotta love Delta."

We're told passengers each received a $100 voucher for their troubles -- and the flight attendants were "really cool" ... considering the crap they had to deal with. 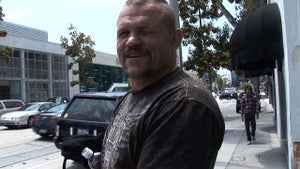 Chuck Liddell: The Difference Between Poop and Sex 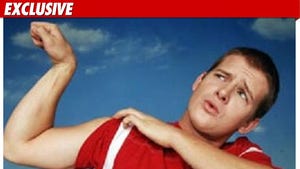 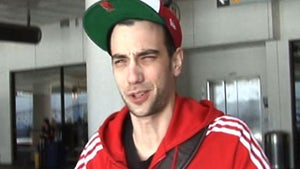