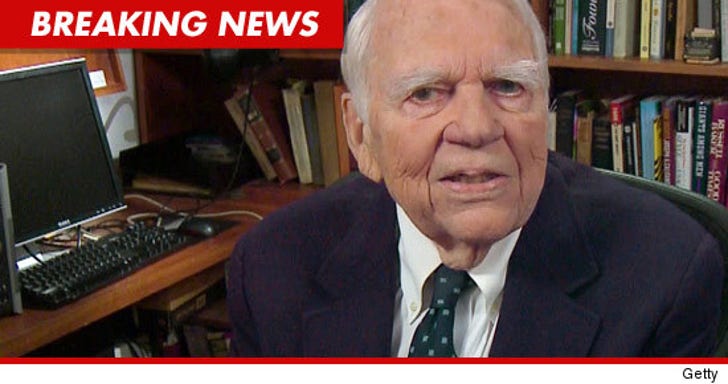 CBS icon Andy Rooney -- who was with the network for nearly 60 years -- died yesterday ... reps at CBS confirm.

Details of Rooney's condition had not been released.

"60 Minutes" executive producer Jeff Fager released a statement saying, "It's a sad day for everybody here at CBS News ... it's hard to imagine not having Andy around. He loved his life and he lived it on his own terms. We will miss him very much."

Rooney last appeared on "60 Minutes" on October 2 -- in which he marveled at the weight of his new laptop computer ... saying, "It weights less than 3 pounds ... I lose that much getting mad waiting to get on the plane through security at the airport."