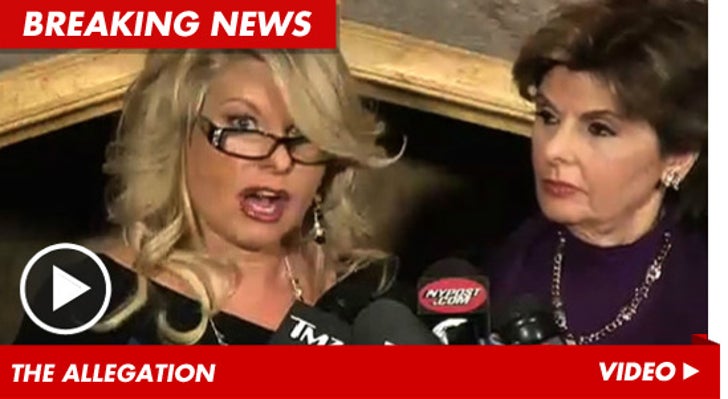 Herman Cain seduced a former National Restaurant Association employee after a dinner meeting in Washington D.C. ... reaching for her genitals ... and forcing her head near his crotch with the promise of hooking her up with a job ... so says the 4th accuser.

Sharon Bialek just spoke at a news conference thrown by Gloria Allred ... saying she reached out to Herman when she was terminated from the Education Foundation at the National Restaurant Association in July 1997 ... and asked him for help.

Bialek says Cain told her to come to D.C. so they could talk. She did -- and to her surprise, Cain hooked her up with a HUGE hotel room ... took her to dinner ... and afterward, promised to show her the NRA headquarters.

Once they were in the car, Bialek says Herman pulled over -- then, "He suddenly reached over and put his hand on my leg, under my skirt and reached for my genitals."

Bialek says Cain also tried to pull her head towards his crotch.

When Bialek questioned his actions -- she claims Cain replied, "You want a job, right?"

Bialek says she asked Cain to stop -- and he did.

Allred says Bialek -- who's a registered Republican -- could have sold her story for a ton of cash -- but she didn't want to damage her credibility.

The statement continues, "All allegations of harassment against Mr. Cain are completely false. Mr. Cain has never harassed anyone."

"Fortunately the American people will not allow Mr. Cain’s bold “9-9-9 Plan”, clear foreign policy vision and plans for energy independence to be overshadowed by these bogus attacks. 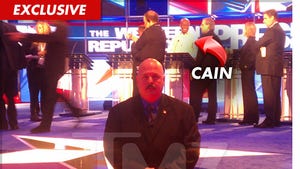 Herman Cain -- Ex-Con Had My Back During Republican Debate 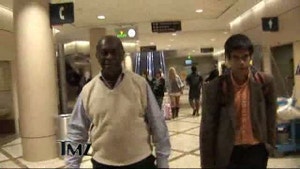