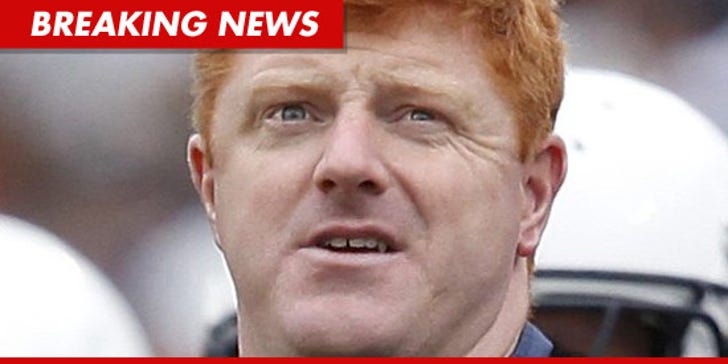 The man who witnessed Jerry Sandusky allegedly rape a pre-teen boy in the Penn State locker room in 2002 WILL be allowed to continue as a receivers coach when the team plays Nebraska on Saturday ... this according to the new Penn State head coach Tom Bradley.

McQueary was a 28-year-old graduate assistant in 2002, when he claims he witnessed Sandusky raping a little boy in the Penn State showers. McQueary reported the incident to Joe Paterno -- but never called police.

Paterno -- who also did NOT go to the cops -- was fired last night for not living up to his moral obligation to the child.

Bradley says he was unsure if McQueary will be coaching from the sidelines or if he will be up in the booth on Saturday.