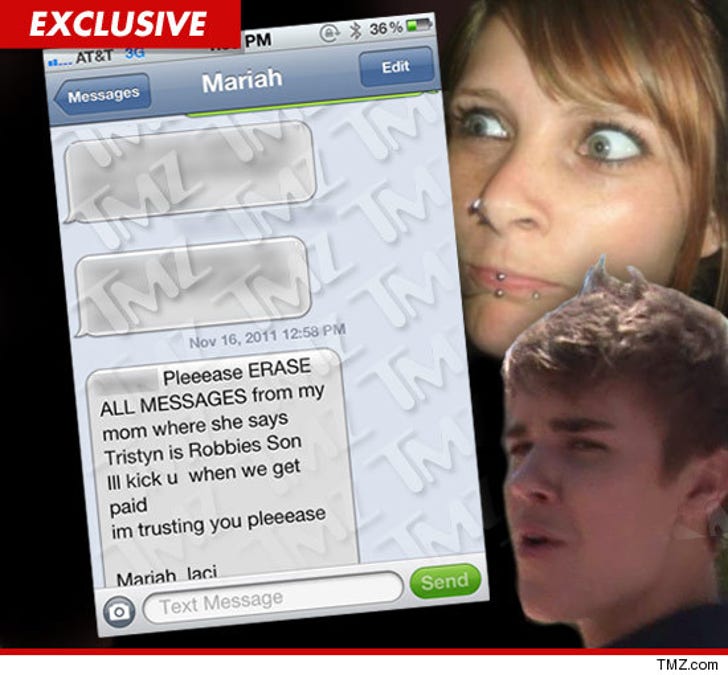 Justin Bieber's alleged baby mama sent a text Wednesday to a friend, begging him to erase an incriminating text in which her mom says someone OTHER than Justin Bieber is the baby daddy, and then promising to give him a cut of the action when she scores a payday.

The person to whom Mariah Yeater sent the text asked us to blur his name -- we'll call him John. He has been in touch with Yeater regularly ... even before the baby was born on July 6.

In the text, Yeater pleads for John to "ERASE ALL MESSAGES from my mom." The text goes on to say that her mom sent John messages in the past, stating that baby Tristyn was fathered by Robbie -- an ex-boyfriend.

She then goes on to talk about giving John money if he cooperates: "Ill kick u when we get paid."

All of her texts end with Mariah Laci-- Laci is Mariah's middle name. 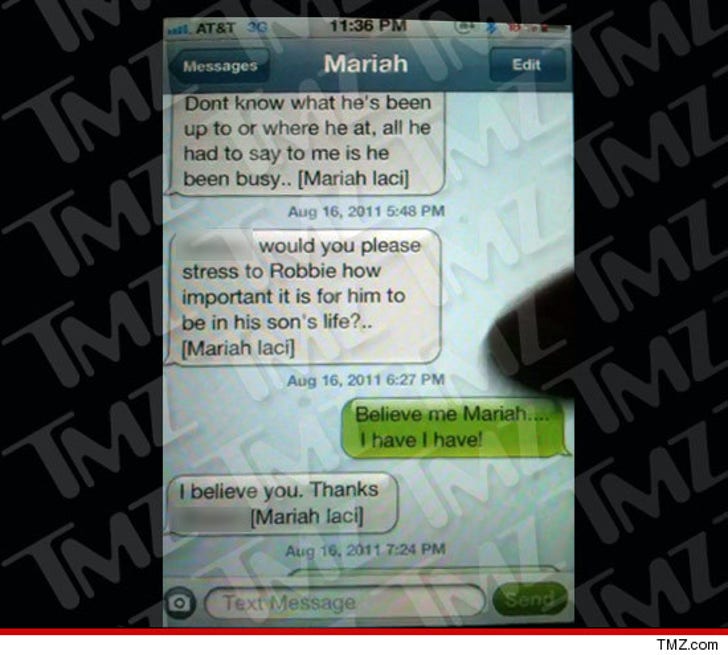 And TMZ has seen many other texts between Mariah and John. In one text, Mariah writes, "[John], would you please stress to Robbie how important it is for him to be in his son's life?.." Apparently, Mariah forgot about this text, because she didn't ask John to erase it.

Weitzman tells TMZ, "This information proves Mariah Yeater fabricated the story. Our independent investigation indicates Ms. Yeater never met Justin, she has consistently identified another man as the child's father, and Ms. Yeater and her co-conspirators hatched this scheme in order to extort money from him and to sell her story to the media."

Weitzman adds, "There have been no settlement discussions and there never will be." 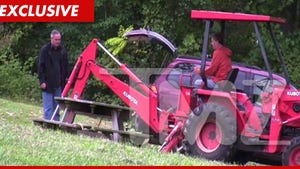 Tareq Salahi Digging Himself Deeper Into a Hole 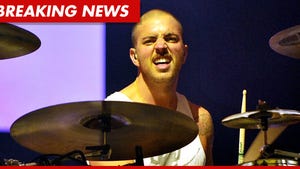 'My Chemical Romance' FIRES Drummer -- You're a THIEF! 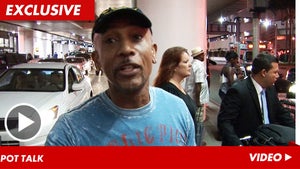