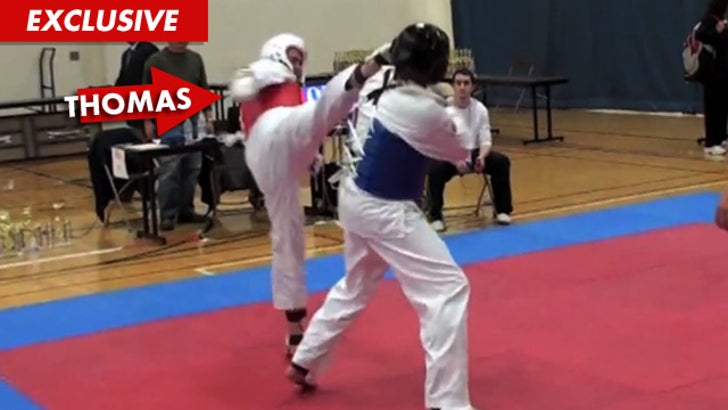 Thomas Beatie -- famously known as the Pregnant Man -- gave birth to a major league ass-whooping at a Taekwondo festival in New Mexico recently ... and it was all caught on tape.

Beatie -- who earned a black belt in Tang Soo Do/ Taekwando back when he was a female -- took first place in the sparring competition ... after unleashing the feet of fury against another male opponent.

Thomas tells TMZ, "My actions speak louder than the words of people who claim that I'm just a chick. I don't know how many chicks fight dudes and WIN!" 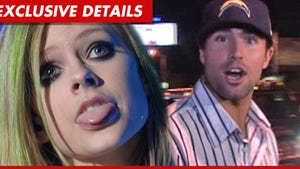