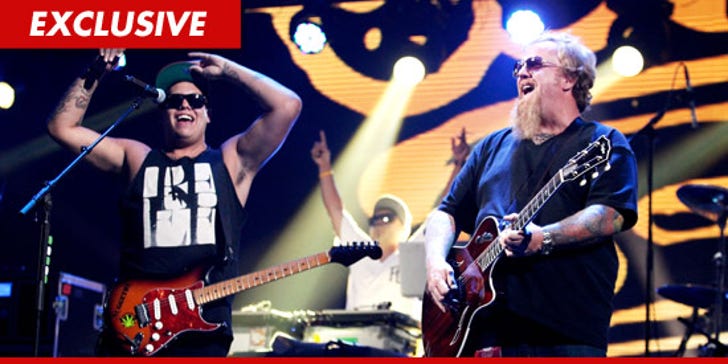 Don't panic ... Sublime with Rome is NOT calling it quits, despite an on-stage blow up at a concert in Hawaii earlier this week ... TMZ has learned.

Fans were shocked when drummer Bud Gaugh stormed off the stage in Maui on Nov. 20 -- after hurling profanities at the band's manager, Mike "Cheez" Brown.

TMZ spoke with Cheez ... who tells us the drama began when he grabbed his guitar to play a song with the band at the end of the show, as he's often known to do.

But this time, Cheez says, Bud had an issue with the performance -- and screamed at Cheez to get off the stage. Bud then got the crowd to chant, "Go home Cheez."

Cheez, surprised by Bud's reaction, remained on the stage -- but Bud stormed off. The band, stunned by the outburst, completed the show without the drummer.

Now, sources close to the band tell TMZ ... the guys have buried the hatchet -- after laughing about the incident the following day.

As for Cheez, dude tells us he plans to stay off the stage for a while ... until Bud gives him the all-clear to play with the group again.