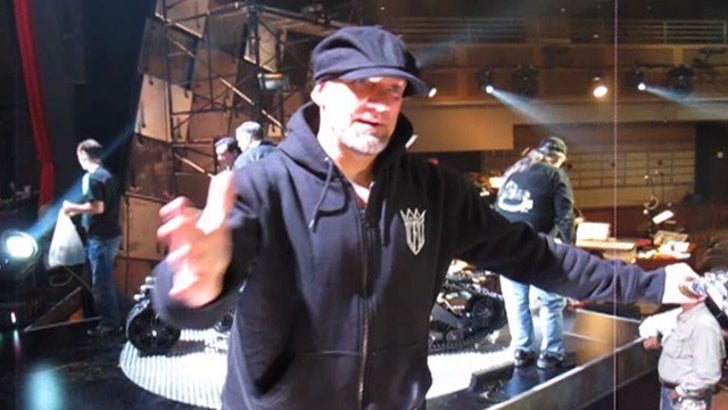 Jesse James is in a bike building war with the guys from "American Chopper" -- and it's getting so intense that Jesse claims things could get violent between him and Paul Teutul Jr.

The gear-heads are all at the Hard Rock Hotel in Vegas for a Discovery Channel event called "American Chopper Live: The Build Off" -- airing live tonight at 9pm ET.

James was setting up his big red machine today when we asked about the rivalry -- and he told us, "The senior is cool but the kid's like wound up tighter than a watch ... I think he's gonna want to fight me."