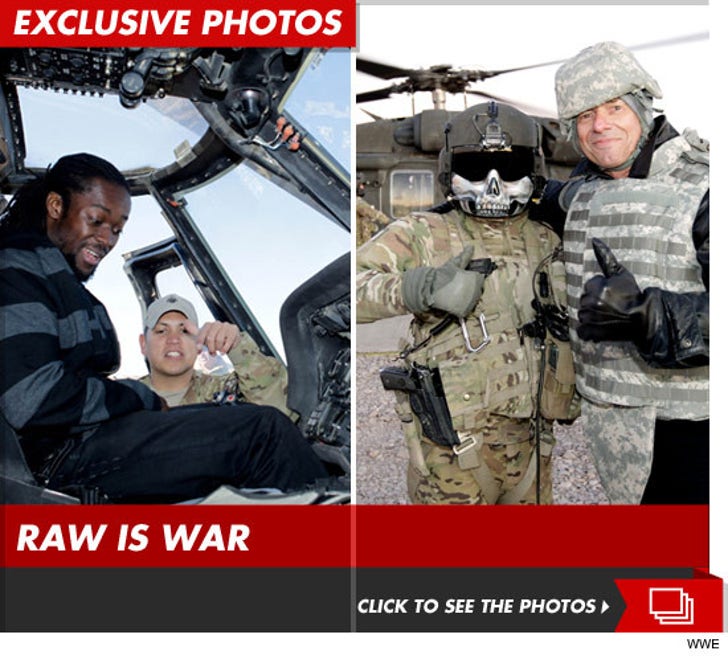 WWE honcho Vince McMahon strapped on some body armor ... grabbed some of his WWE Superstars ... and dropped in on the troops in Afghanistan last week ... and TMZ has the pics.

Vince -- along with the Bella Twins and tag team champ Kofi Kingston -- were escorted to a secret location to hang out with a bunch of brave men and women in uniform.

We're told the wrestlers hung out for a few days -- and everyone had a great time.

Vince wasn't scared about the outing -- since he's been visiting U.S. troops on various overseas military bases for the past 9 years.

Fun fact -- the photos are purposely framed so as not to reveal anything that might tip off where the American bases are located.

Who knew the WWE was entrusted with war secrets? 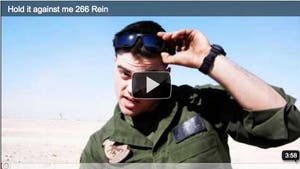 U.S. Marines ROCK OUT To Britney In Afghanistan 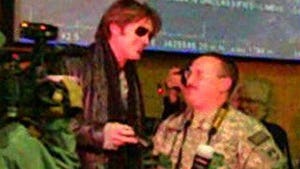