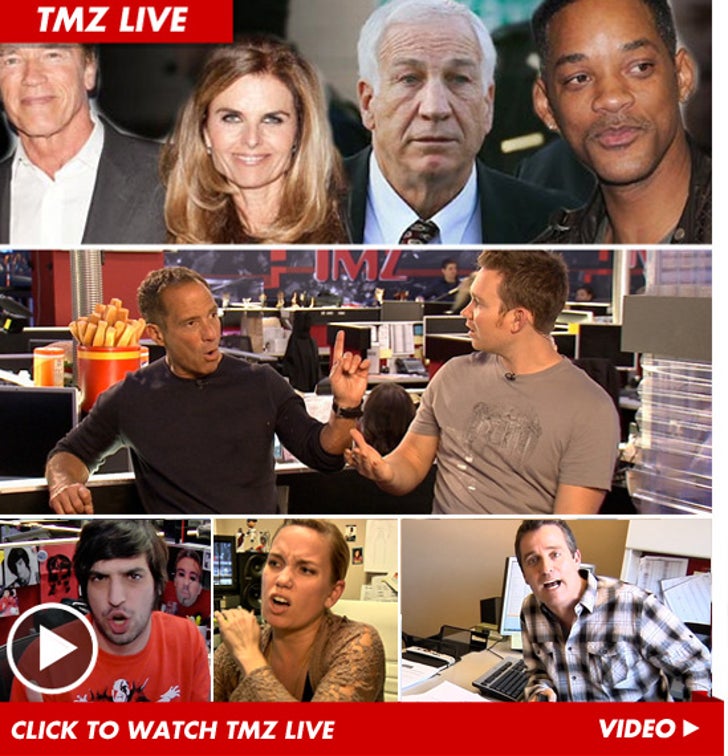 Maria Shriver's second thoughts about dropping her divorce case against Arnold Schwarzenegger triggered a furious debate. Are you buyin' Harvey's argument, that it's not that different from Hillary Clinton sticking with Bill after that whole cigar thing?
And Jerry Sandusky's lawyer angling for his client to appear on an Oprah special .... Jason says it's good P.R. ... in Harvey's opinion, it's malpractice.

(3:20) Dax is dumbfounded that Maria Shriver is thinking about taking Arnold back.
(4:15) Kelly says if Maria did the same thing to Arnold -- she'd be labeled a devil.
(6:30) Harvey's theory on Kennedys and cheating.
(14:30) Schwarzenegger vs. Clinton sex scandal.
(22:40) Breaking news -- Steven Tyler is engaged!
(25:10) Why Harvey thinks Jerry Sandusky's attorney is teetering on malpractice if he lets Jerry sit down with Oprah.
(28:10) Three-way lawyer fight!
(34:20) Harvey's case in point -- Sandusky's ridiculous interview with Bob Costas ... in which it took him WAY TOO LONG to say he's not sexually attracted to young boys.
(36:00) Will Smith's former co-star calls him an a-hole!
(42:01) Shocking -- Denise Brown's son is arrested for domestic violence ... could this be a product of his environment? 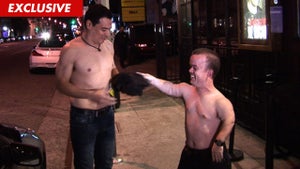 Carlos Mencia -- Comedy Is Harder When You Lose the Fat 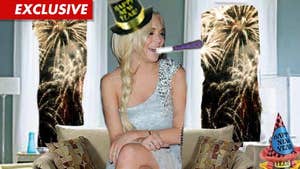 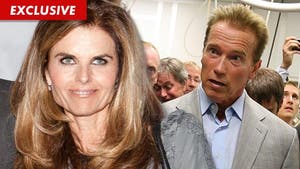