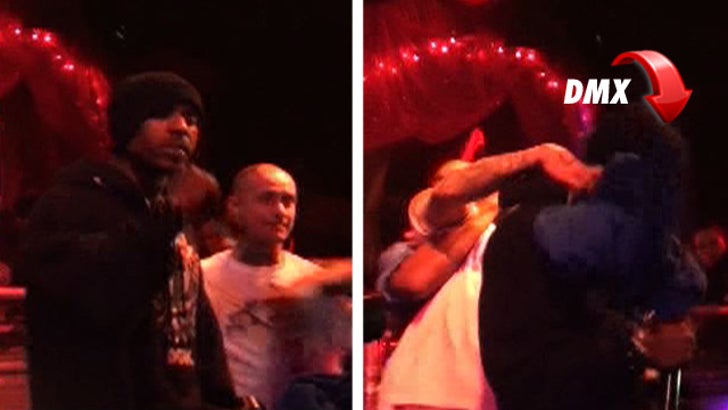 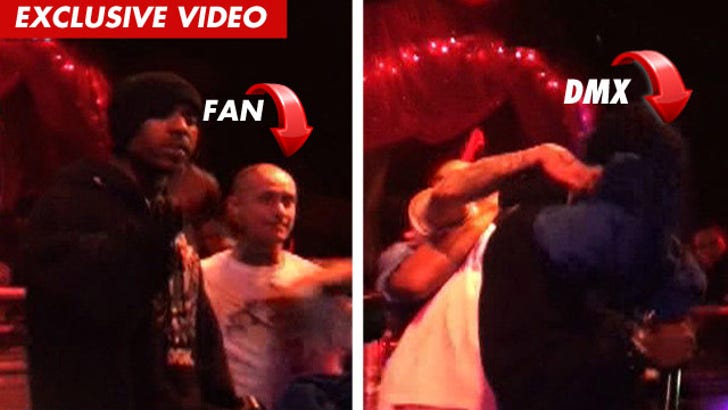 A crazed fan got his hands around DMX's throat for a split second at a concert in Long Beach last night ... and it was all caught on tape.

X was performing at the Cáfe Sevilla in Long Beach ... and was just about to start his second song when someone hopped on stage, and appeared to attack the rapper.

Security rushed right in -- and put the stage intruder in a MONSTER choke hold -- then wrangled him off the stage.

The DJ briefly stopped the music during the melee ... but X immediately ordered him to get back to spinnin' ... yelling, "We don't stop the music for s**t!" 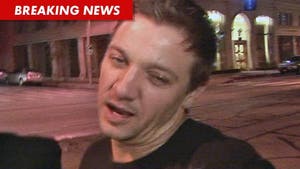 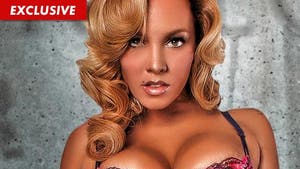