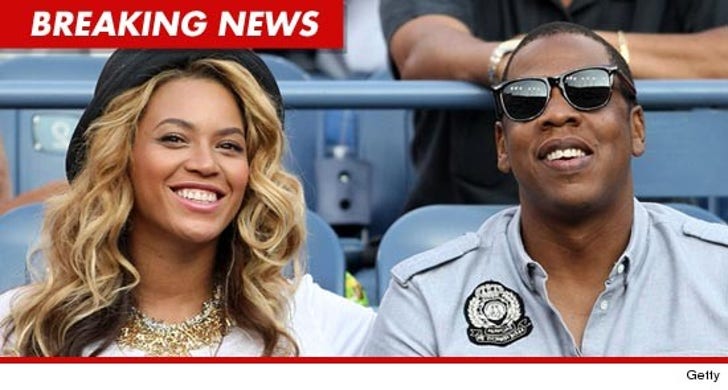 Proud dad Jay-Z, real name Shawn Carter, was at the hospital where Beyonce reportedly birthed Ivy by c-section -- and shortly after her arrival ... J & B's famous friends started sending out birth announcements on the Internet.

Beyonce famously announced her pregnancy on stage at the MTV Video Music Awards back in August.

While initial reports had the baby name as Ivy Blue, now word is the name is actually Blue Ivy.