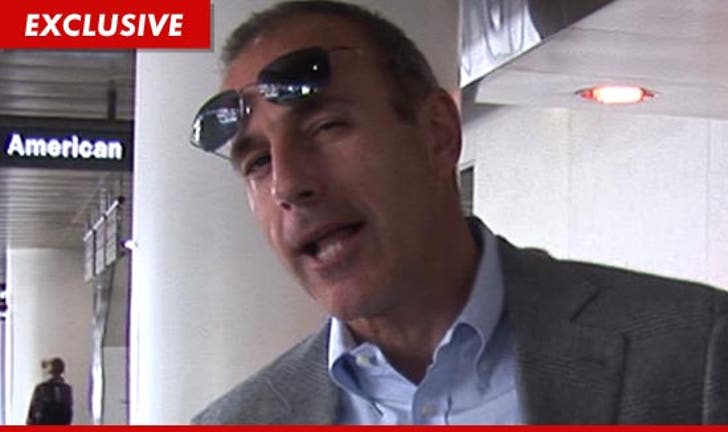 Matt Lauer has softened his position about leaving "Today" in December at the end of his contract -- that is, if NBC antes up a record amount of money.

Sources connected to NBC tell TMZ ... Lauer was done with "Today" and wanted out -- but the word at the network is he will now re-sign if NBC ponies up way more than the $17 mil he's currently making.

We're told negotiations are now ongoing -- but if NBC agrees ... Lauer could score as much as $30 MILLION a year.

As for why the change of heart -- there are two schools of thought according to network sources. Some say Lauer changed his mind when network execs made it clear they were extremely interested in tapping Ryan Seacrest as Matt's replacement -- in other words, he got a little jealous.

But there's another school of thought -- that Lauer has wanted to re-sign all along and just played the "I'm leaving" card to score a bigger pay day.