Whitney Houston's official death certificate has been filed in L.A. County -- and according to the document, obtained by TMZ, the cause of death is still undetermined.

The manner of death is listed as "pending investigation" -- and the immediate cause of death is "deferred."

Whitney's occupation is listed on the document as an "entertainer" who worked in the industry for 33 years -- beginning when she was just 15.

According to the document, Whitney will be laid to rest on Saturday at the Fairview Cemetery in Westfield, NJ -- the same cemetery where her father is buried.

As we previously reported, the L.A. County Coroner's office is awaiting toxicology results in order to determine an official cause of death -- a process that typically takes 4-6 weeks. The autopsy was completed Sunday.

TMZ broke the story ... Whitney drank heavily the night before her death -- and investigators found multiple prescription drugs inside her hotel room, including Xanax and Amoxicillin.

As we first reported, Whitney's family was told by the L.A. County Coroner's office ... Whitney likely died from a deadly combination of alcohol and prescription drugs -- NOT drowning. 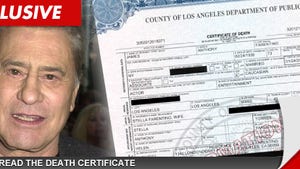 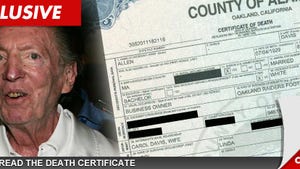 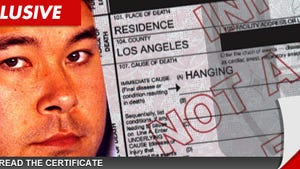