The death certificate for former New York Yankees pitcher Hideki Irabu has been filed in Los Angeles ... in which his official cause of death is listed as "hanging ... self-inflicted with rope."

According to the certificate, the Japanese-born ball player was married at the time of his death. He also had two children. 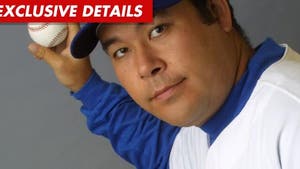