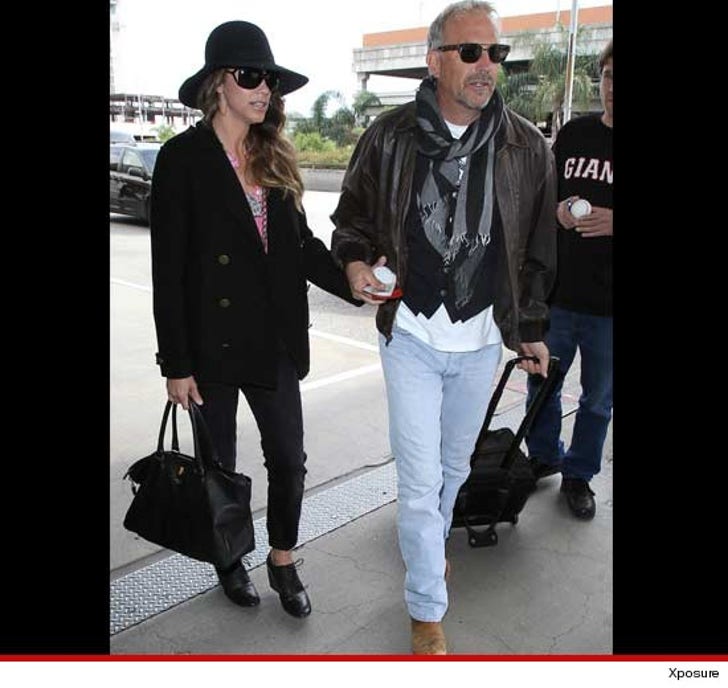 Kevin Costner had his hands full at LAX moments ago, where he's set to board a plane bound for Whitney Houston's "Home Going" ceremony in Jersey -- grabbing his wife with one hand, and a trolley bag with the other.

As TMZ previously reported, Whitney's funeral is expected to be star-studded -- with invites like Oprah, Stevie Wonder, and Aretha Franklin.

Mel Gibson was invited, but is unable to attend.

We posted video earlier today -- Ray J and Brandy are already on their way to the East Coast. 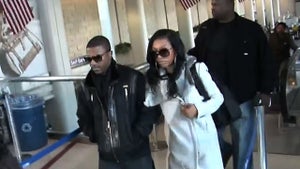 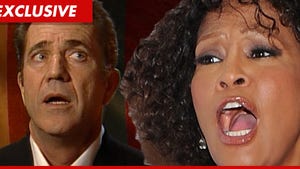 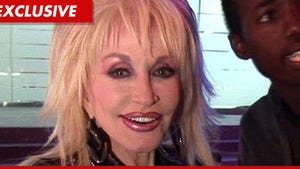 Dolly Parton -- I Didn't Mean to Diss Whitney Houston, 'I Will Always Love You' Is OUR Song