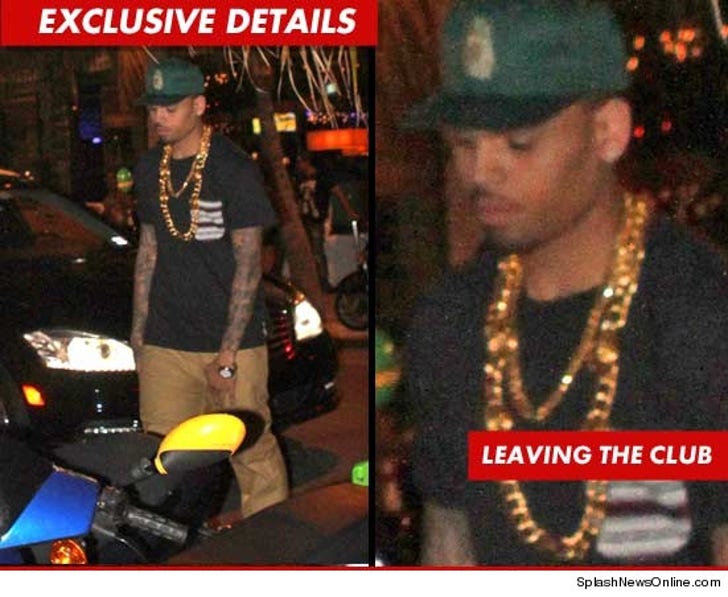 Chris Brown has been accused of angrily snatching some girl's iPhone outside a nightclub in Miami this weekend ... and driving off with it -- law enforcement tells TMZ.

A rep for the Miami Beach PD tells TMZ, 24-year-old Christal Spann filed a police report Sunday (below) for "robbery by sudden snatching" -- claiming she followed Chris and rapper Tyga out of Cameo nightclub early in the morning (see photo above) ... and snapped a picture of Chris getting into his Bentley.

Christal told cops ... Chris flipped out when he saw her camera phone-- then grabbed it through the car window, saying, "Bitch, you ain't going to put that on no website."

According to the police report, Chris then rolled up his window and drove off -- $500 iPhone in hand.

A rep for the Miami Beach PD tells us, no arrests have been made and no warrant has been issued yet. We're told the incident is currently under investigation.

BTW, Chris is still on probation for the Rihanna beating and if he's arrested he could be thrown in jail on a probation violation.

Calls to Chris' reps were not returned.