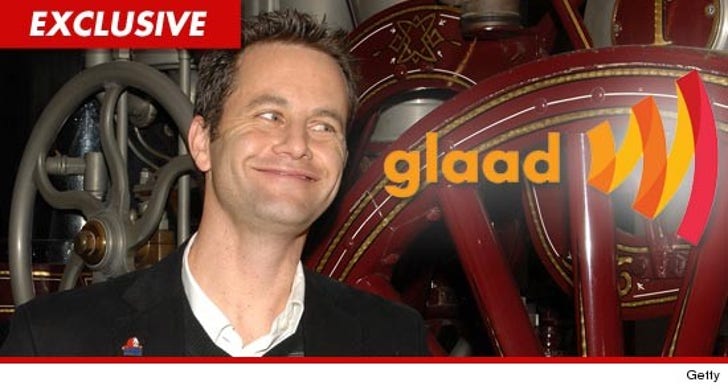 Kirk Cameron's comments to Piers Morgan on gay marriage are not sitting well with the folks at GLAAD ... who think the former "Growing Pains" star "sounds even more dated than his 1980s TV character."

Cameron said during last night's show that he does not support gay marriage, and when it comes to homosexuality in general ... he said, "I think that it's ... unnatural. I think that it's detrimental, and ultimately destructive to so many of the foundations of civilization."

Herndon Graddick, Senior Director of Programs at GLAAD, tells TMZ he feels Cameron, a Born Again Christian, is "out of step with a vast majority of Americans, particularly people of faith who believe that their gay and lesbian brothers and sisters should be loved and accepted based on their character and not condemned because of their sexual orientation."

A GLAAD spokesman says they plan on monitoring Cameron's media bookings and various acting gigs to ensure "the news and entertainment industry is aware of his outrageous anti-gay views."