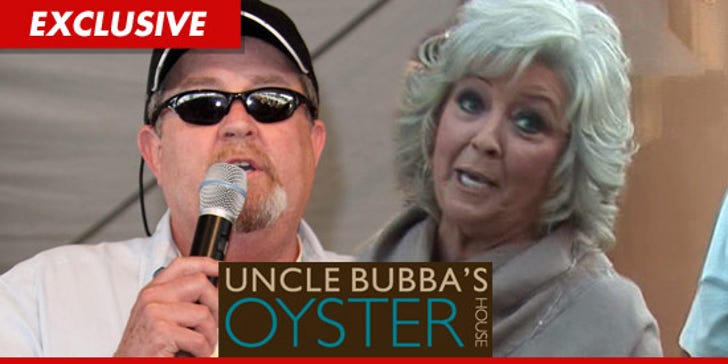 It's ironic -- Paula Deen fired an allegedly philandering general manager of one of her restaurants because, as she put it, "If you think I have worked this hard to lose everything because of a piece of p**sy, you better think again." So Paula replaced the G.M. with a woman, and now she's suing Paula and her brother for ... sexual harassment.

According to the suit, Bubba allegedly asked Lisa to bring pics of herself to work -- pics of her when she was younger -- telling her, "You have nice legs."

Bubba also told Lisa two women at the restaurant were "fat girls" and shouldn't be wearing capri pants or skirts.

And get this ... Lisa says Bubba once told another female employee who had just received dentures, "I bet your husband is going to like that."

And there's more ... Lisa says Bubba once told a joke to the staff that described why men should have sex with women who had flat heads ... "because you can sit your beer on top of her head while she is giving you a b**w job."

There's a lot more, including alleged violent behavior on Bubba's part and an incident where he allegedly kissed Lisa on the face and spit on her.

Lisa, who says she was forced to quit because of intolerable working conditions, is suing for unspecified damages.

We contacted Paula and Bubba's reps. So far, no comment.