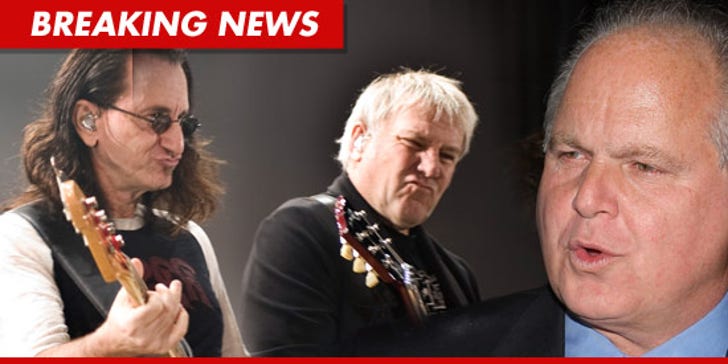 The '80s have come back to bite Rush Limbaugh in the ass ... Rush (the band) has followed Peter Gabriel's lead and have demanded Limbaugh stop using their music on his radio show ASAP.

Rush (the band) was FURIOUS when they discovered Rush (radio guy) was playing their song "The Spirit of Radio" as he ranted about wanting to see sex tapes of Sandra Fluke. The band got even more upset when they learned it wasn't the first time Rush (radio) has used their music on his show.

The band has since fired off a cease and desist letter to Rush (radio) ... saying, "The public performance of Rush’s music is not licensed for political purposes and any such use is in breach of public performance licenses and constitutes copyright infringement."

The letter continues, "Accordingly, we hereby demand that you immediately stop all use of Rush’s music and confirm that you will do so."

As for Peter Gabriel ... his song, "Sledgehammer" was playing on Rush's radio show when he called Fluke a "slut" ... and, shocker, Peter's pissed too.

Gabriel's rep said the singer has demanded that his music also be pulled from Limbaugh's show. 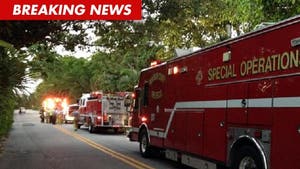 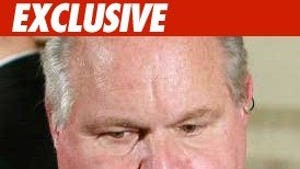