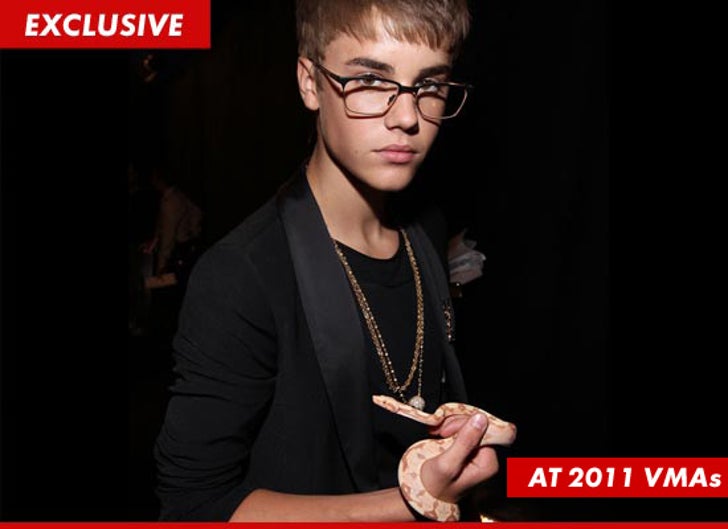 Justin Bieber now has one fewer snake to hold on a daily basis -- because the legless reptile-turned-fashion accessory he carried around at the VMAs last year has found a new home ... in a Minnesota zoo (below).

A rep for the Rad Zoo in Owatonna, MN tells TMZ, they received the small boa constrictor -- aptly named "Johnson" -- as a gift from a good Samaritan ... who purchased the snake at an auction following the MTV award ceremony.

According to the rep, the benefactor wanted Johnson to have a good home ... and thought Rad would be the perfect place. 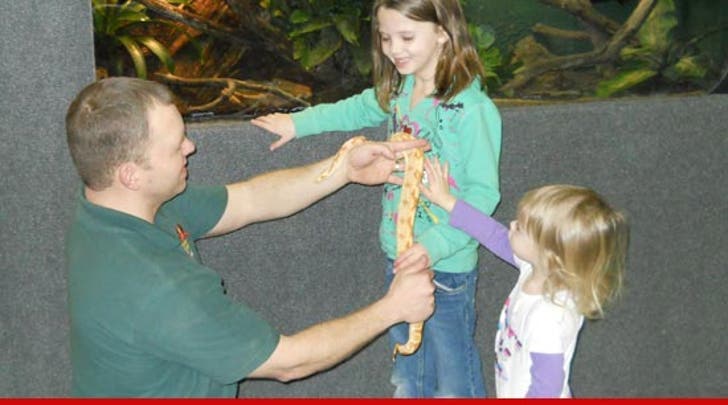 We're told the snake has only been at the zoo for a week -- but once it gets settled in, zookeepers plan to give it a special sign indicating its Bieberific claim to fame. 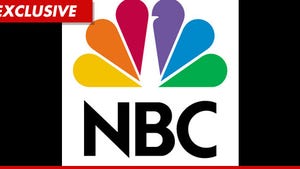 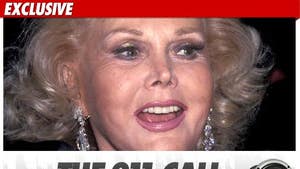 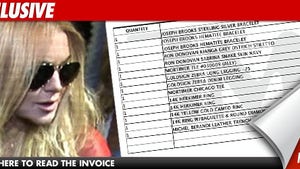