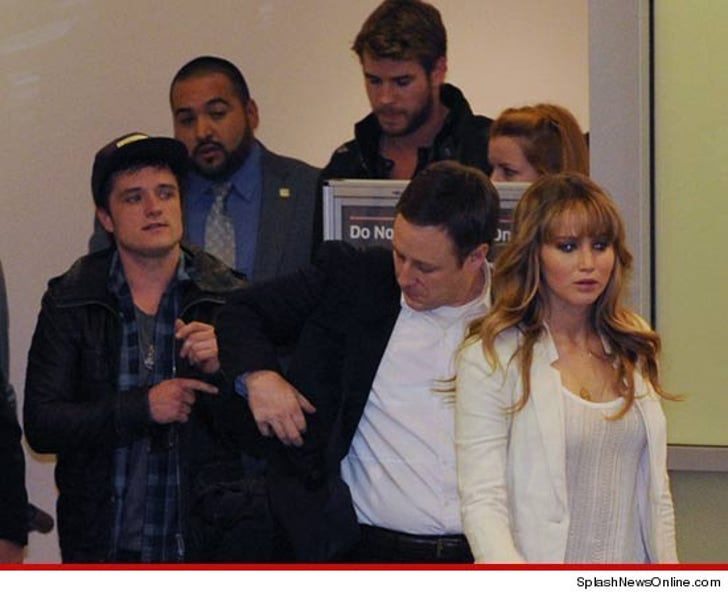 Katniss, Peeta and Gale -- more commonly known as Jennifer Lawrence (right), Josh Hutcherson (left) and Liam Hemsworth (back) -- arrived in Los Angeles yesterday as the March 23 release of "The Hunger Games" is almost upon us.

The movie is based on a book of the same name ... which at one point was on The New York Times list for over 100 consecutive weeks. Advanced tickets for the movie broke Fandango's record for advanced sales, beating out "The Twilight Saga: Eclipse."