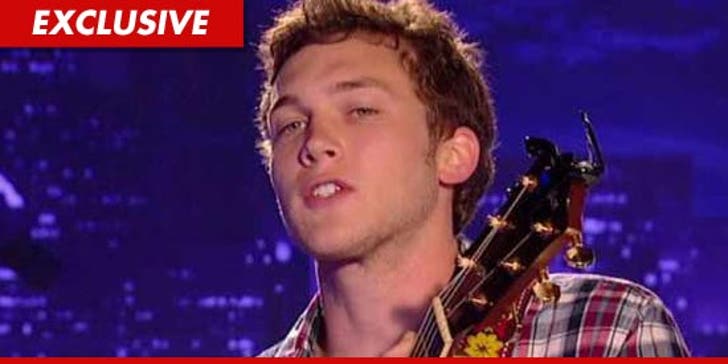 "American Idol" contestant Phillip Phillips' bum kidney will NOT end his run on the show -- TMZ has learned, he's still determined to compete ... even after undergoing an extremely painful medical procedure.

TMZ broke the story, Phillip -- who has a long kidney stone history -- was rushed to a medical facility last week, complaining of some nasty abdominal pain.

According to sources, Phillip underwent a procedure to install a ‘stent’ in his kidney -- a kind of medical tube thing -- to help alleviate a blockage caused by kidney stones.

Here’s the catch -- stents are super painful ... the kind of pain that makes it hard to compete on a nationally-televised singing competition.

But Phillip's dad tells us, his kid wants to stay in the competition as long as possible -- despite the excruciating pain caused by the stent ... and won’t have it removed 'til his "Idol" run is done.

Kid really does have some serious stones.