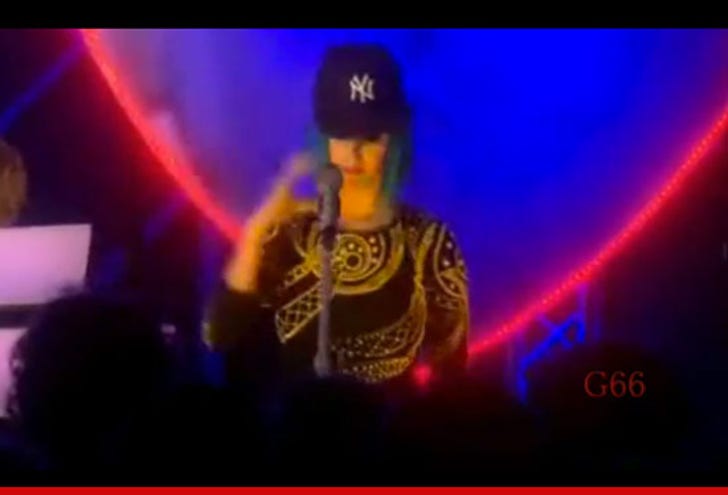 It all went down a few hours ago during a performance for BBC Radio 1 in London. Don't worry, Katy used the word "ninjas" instead of the OTHER n-word.

It ain't the first time Katy's covered a Jay Z rap song ... last year she covered "Big Pimpin'" during a performance in Auckland.