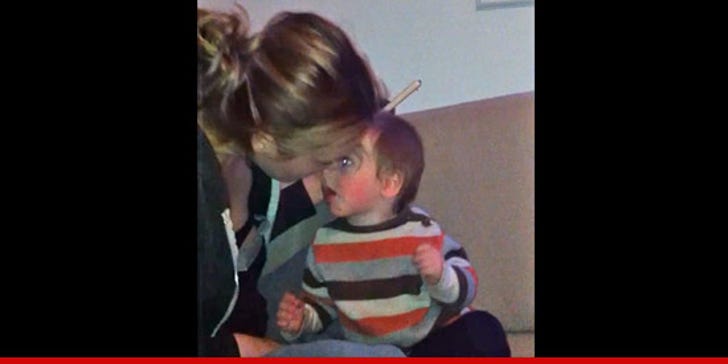 This is how Alicia Silverstone feeds her 10-month-old son -- chewing up food in her mouth ... then spitting it directly into his ... like a bird.

Alicia posted the video on her blog this weekend, claiming it's her "favorite" way to feed her son Bear Blu (that's his name). Alicia adds, "He literally crawls across the room to attack my mouth if I’m eating."

It's unclear why she does this -- there's probably some hippie-dippie explanation about the bacteria in her mouth helping to strengthen her kid's immune system ... or something -- but she never explains why herself.

For the record -- Alicia's a staunch vegan ... and she's raising her son vegan too. Mother knows best?