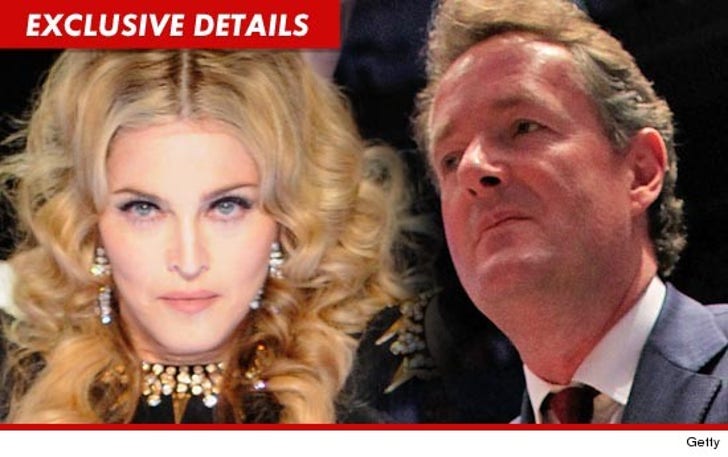 Piers Morgan has banned Madonna from his show but the reason is a mystery.

After receiving that tweet, Madonna's manager, Guy Oseary, tweeted back, "Really?" and attached a letter from Piers' producer inviting Madonna to be a guest on his UK chat show.

Piers then tweeted back, "Madonna has only been banned from my CNN show, not my UK show, which sent that invite. But I'm now banning her from that too."

As for why the bad blood, sources close to Madonna tell TMZ ... Madonna has no idea why Piers is mad at her, adding, "She doesn't even know who he is."

Piers said in January, 2011 he banned Madonna from his show for life because she's been "an irritant in my life for 20 years." The invite, therefore, on Piers' UK show, is baffling.