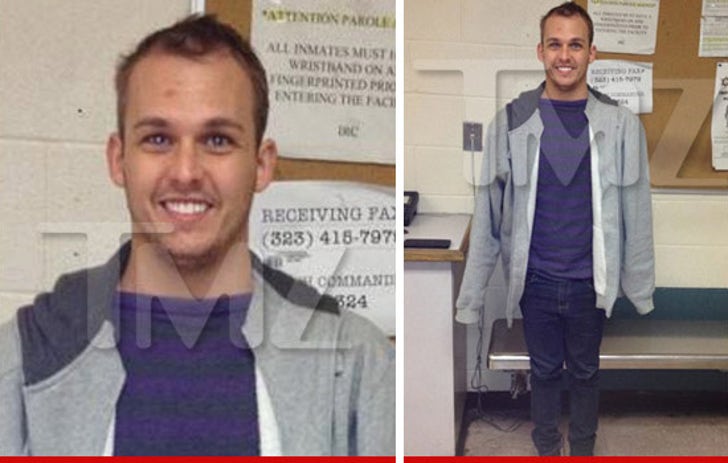 Screw Disneyland. The happiest place on earth is the Inmate Reception Center at the L.A. County Jail ... at least judging by the smile on Burglar Bunch mastermind Nick Prugo's face.

Nicky-boy was all grins after his dad cancelled his bail this weekend, causing the bail bondsman to hook him up and take him where he will belong for the next 2 years -- the slammer.

Nick's dad had put his house up as collateral to make bail, but apparently he got into a nuclear argument with his son and decided to ... bail. 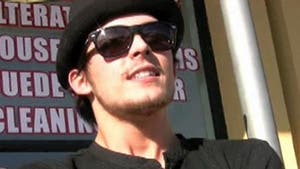 Burglar Buncher Nick Prugo -- In Jail After Bail Revoked ... by His Parents!!! 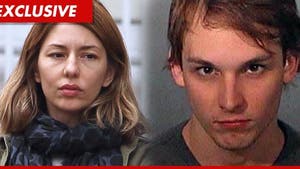