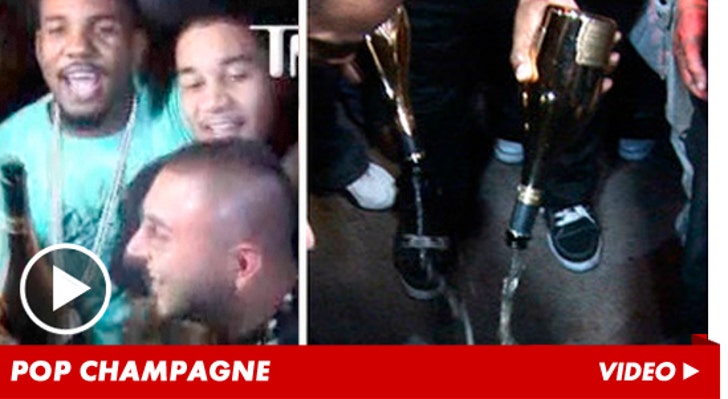 In an effort to get even more people to hate his guts, rapper The Game grabbed TWO bottles of $1,400 champagne and dumped them out on the street last night ... because he felt like it.

Game was leaving the Roxbury nightclub in Hollywood when he TOPPED his wasteful performance from earlier in the week ... by pouring out two bottle of Ace of Spades champagne right onto the sidewalk.

After he showered the pavement, Game decided to spread his wealth ... buying some late night hot dogs for anyone who happened to be in the area.

The Game Party All The Time Exclusive