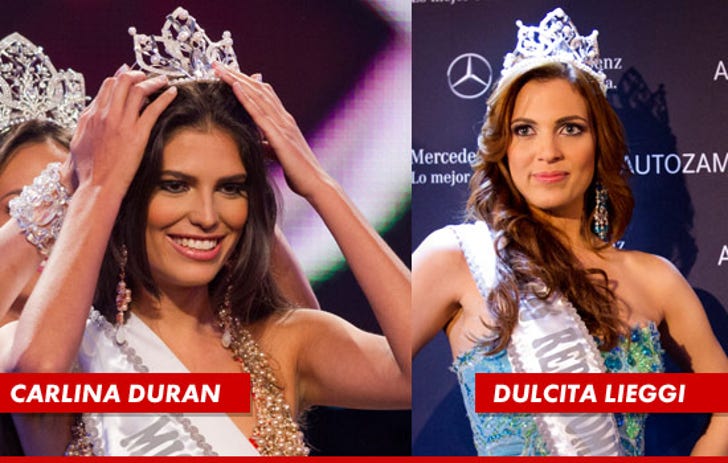 The woman who won the title of Miss Dominican Republic 2012 ... has been forced to relinquish her crown after officials discovered the ultimate skeleton in her closet -- A HUSBAND!!!

25-year-old Carlina Duran has been 86'd from her post ... after pageant officials say she violated a rule which requires all contestants to be single.

According to reports, Duran has been married since 2009 ... and never told anyone about her ol' ball and chain ... until AFTER she was outed as a MISSUS.

Now, the crown will be passed to the 1st runner-up -- Dulcita Lieggi.