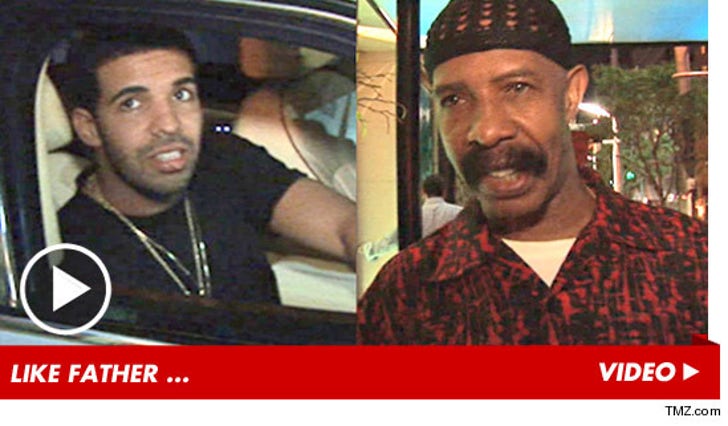 Drake's dad says the hip-hop star was destined to be a mega talent even BEFORE he was born ... for one very specific reason.

TMZ caught up with Dennis Graham -- who was once a drummer for the legendary Jerry Lee Lewis -- outside Mastro's Steakhouse in Beverly Hills last night, after he broke bread with his famous son.

We also spoke to Drake himself ... who confirmed an upcoming project with his musical dad.

Ah, Jimmy Brooks would be proud.