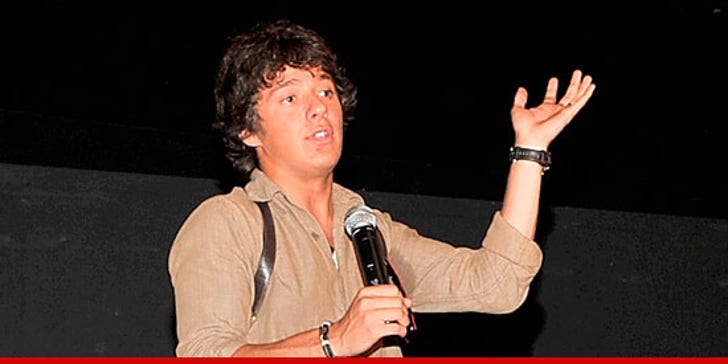 Matthew Underwood claims cops had NO RIGHT to bust into his house guns drawn -- and believes local officials are simply trying to scare him out of town before he can open a hookah shop.

TMZ spoke with the 22-year-old ex-Nickelodeon star who tells us he was wrongly arrested for pot possession and contributing to the delinquency to a minor Friday morning ... after the cops stormed his home and uncovered weed and a 17-year-old girl in his bedroom.

"The underage girl has been my girlfriend for the past year" Underwood says ... "I get that she's not exactly 18."

Underwood tells us ... local officials in Port St. Lucie, FL have been on his ass for months ... ever since he got a permit to open a hookah lounge in town.

"I jumped through hoops to get my permit ... they are still bothering me."

Underwood says cops told him they suspected he was selling drugs out of his home ... accusations Matthew adamantly denies. Matthew does admit to smoking pot ... and says he did have a TINY amount of weed in his home at the time of the raid.

Still, Matthew says ..."They took all my hookahs .... and now we have to push our opening back."

"I'm going to be filing a lawsuit against the town ... my lawyer is already aware."