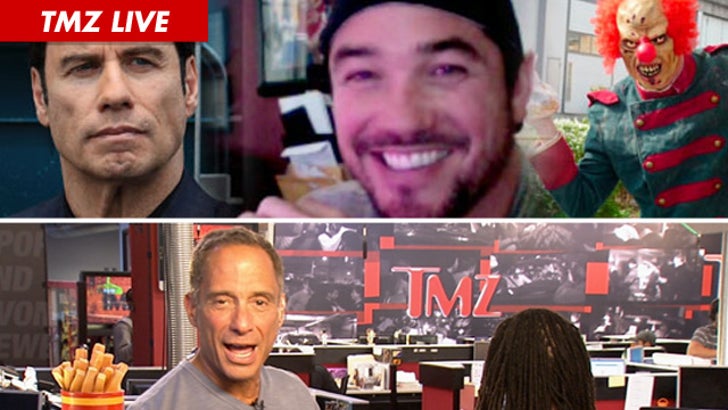 John Travolta's trying to prove there's NO WAY he sexually assaulted a masseur -- but does his proof hold up? We break down the photos, the receipt, and also ... how the masseur says can prove his side of the scandal.
Plus, Dean Cain is on with us to talk about picking up chicks ... on TV. You gotta hear the big surprise he got while shooting a new dating show called "The Choice." Also, everyone sounds off about Obama's gay marriage announcement -- and the creepy clown stalking kids, and getting away with it!