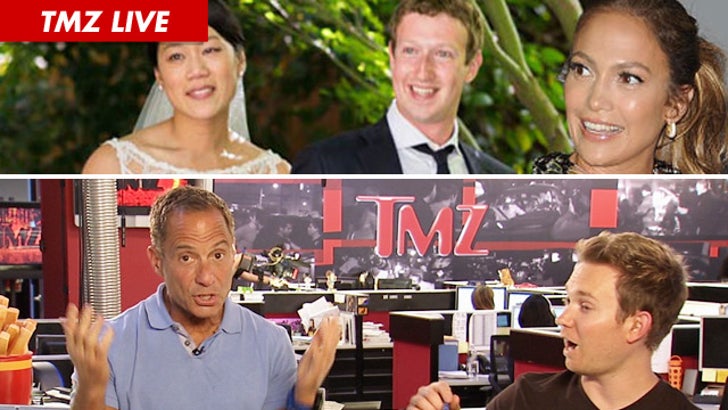 Mark Zuckerberg's decision to get married one day AFTER Facebook's stock went public could go down in history as his greatest business decision ever! Unless, of course, you're his wife.
Plus, Jennifer Lopez's new movie bombed at the box office -- and we'll explain how that could affect her other gig over at "American Idol." Also, Harvey versus Max and Ryan ... is college a massive waste of time and money? You gotta see this battle of the minds (kinda).

(0:00) "Field of Dreams" actor Timothy Busfield is accused of sexual battery after he alleged groped his date during a movie -- we try to figure out the proper way to get to second base.
(4:14) Whitney Houston's family didn't want Ray J anywhere near them at the American Movie Awards ... but is he really to blame for her problems?
(8:30) Bobbi Kristina's moving speech during the AMAs ... and her potentially illegal visit to the slot machines before the show.
(11:10) Mark Zuckerberg got hitched right AFTER Facebook went public ... was that a calculated move to keep his wife from potentially taking half his fortune in a divorce?
(16:50) Pink and her husband use Twitter to call out Chris Brown for lip syncing ... and that's not all.
(19:13) Max and Ryan square off with Harvey about whether or not college is a massive waste of time and money.
(26:00) Breaking news! Mary Murphy from "So You Think You Can Dance" is sued by her ex-manager ... who claims she's addicted to sex, drugs and plastic surgery.
(28:30) The coolest video ever -- Will Smith busts out the rap to "Fresh Prince of Bel-Air" on an English talk show ... and everyone goes crazy.
(31:10) J.Lo's movie bombed this weekend -- potentially hurting her ability to negotiate a massive new "American Idol" contract.
(34:15) One of the men accusing John Travolta of sex abuse is exposed by a NY newspaper.
(36:40) The first home featured on "Keeping Up with the Kardashians" was destroyed ... minus one sexy item.
(40:10) The transgender Miss Universe contestant takes home an award ... but not the one she wanted.
(43:00) We take your calls!